Green light for Cyclists an attractive ITS solution with RFID

Home Green light for Cyclists an attractive ITS solution with RFID

What does 2GREEN do for the City? Green Light in a Green City

Green Light for 2GREEN is a new but proven method for intelligent traffic controllers. 2GREEN is an effective method to give cyclists priority in all types of traffic controllers the city wants. Most commonly used will be to ensure the flow for the cyclist with green light after green light on the main cyclist routes but it can also be access to restrictive areas or short cut routes only for cyclists. A RFID sensor detects a small RFID reflex on the bike, and sends a signal to the traffic controller to give Green Light or access to the cyclist comming, simultaneously the data is sent to the central RFID controller monitors the system and makes the systems available for city traffic planning and ICT department with traffic data, operating status and alarms breakdown. 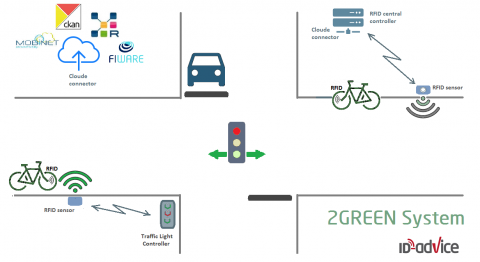 What does the City achieve?

Most major cities in Europe are struggling with congestion problems, especially in the city center. The problem increases while city grows. The budgets for investments that solves the problem is limited and in hard competition with other necessary costs.

Bicycles give 23 cents / km to the economy unlike driving a car that costs society 16 cents / km, according to COPENHAGENIZE DESIGN COMPANY Index 2015.

A roadworthy detection of cyclists and gives the cyclists’ better flow and fewer stops. And  in addition provides smart data to the city.

To motivate citizens’ to bike, the flow and stop density is very important parameters, for choosing cycling instead of other transport. With more cyclists and fewer cars, the traffic flow improve and there will be cleaner air in the city, the CO2 load and particle emissions are reduced and traffic capacity of passenger transport are increased.

2GREEN is the innovative solution that can be the game changer for city, improve the traffic flow, reduce wear and tear on the roads and reduce investment by making cycling more attractive.

COPENHAGENIZE DESIGN COMPANY  publishes Every two years ranking of cycling cities in the world, the list from February 2015 shows that there are 122 cities in the world which are already making an active effort to promote cycling. 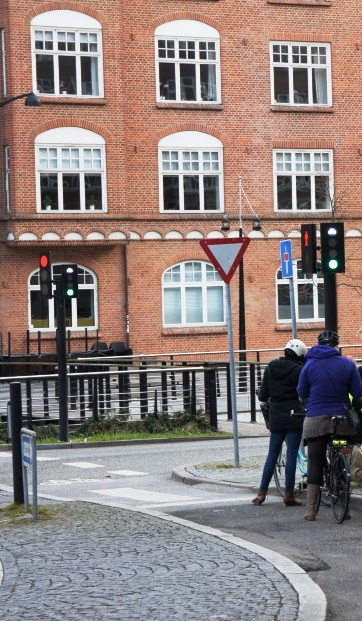 Better passability, air quality and cycling safety are priorities, which are reflected in the top of the larger cycling cities mission. Smart Cities demand smart IoT devices that can provide data for algorithm-based services to the city management and citizens. 2GREEN combines Cycling Cities and Smart City objectives in one solution.

Gains in the City

Pain in the City

How do 2GREEN solve the Pains and support the Gains:

Oliver a young and sporty engineer bike every day if possible from his home to his business address in the city center. Oliver has mounted a RFID reflex on his front wheel. On his way Oliver passes many traffic light but now with the RFID tag he have more Green Light and only have to stop for few of them and he feel much more pleasant to bike now.

After Oliver has fitted the RFID reflex to the front wheel, he does not need to pay attention to the system, it just helps him when he passes by the RFIDs sensors, the system automatically send a impulse for Green Light for him. If he wants, he can follow his statistics on the City traffic information web.

Oliver is happy, because he has less stops on his way, and he have less transport time on the bike as in a car, he do not have to pay Parking Fee, and his employer has on the top arranged a upper cover bike parking, mean his bike is not damaged by sun or rain. 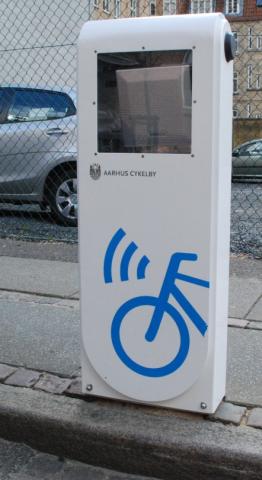 Direct savings compared to induction coils ≈30-35% mean the 2GREEN is very competitive and give the city an attractive cost reduction in ITS for cyclists.

In addition to direct savings in investment, cyclists will contribute positively to the community’s economy.